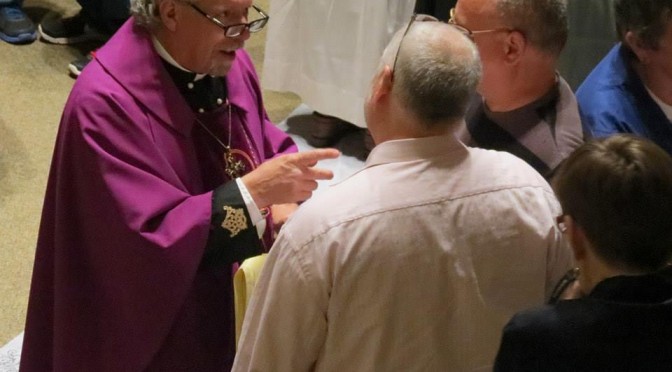 Does God Discriminate Against Gay People?

Hook: Ask anyone willing to, to share about a time they experienced prejudice or discrimination of any type.

Ask: In what ways have you seen the Bible used to support such action? Do you think that is a proper use or misuse of the people?

Explain: Today and in the next couple of weeks we are going to be looking at seeing if the Bible teaches prejudice against homosexuals, homosexuality or transgender identity, or discrimination against LGBTQ+ people. Many people today believe it does.

Explain that today you will simply be looking at the general question, “Does the Bible support discrimination and prejudice?” and in sessions that follow you will look at particular verses that deal with LGBTQ+ people.

When they have finished, ask: Does the Bible teach any form of discrimination or prejudice? Why or why not?

Explain that here we have Jesus’ mission in life.

Ask: According to this verse, does God judge people based on external qualities like height, economic class, sexual orientation or gender? By what characteristics does God judge a person? If this is the case, would God condone discrimination or prejudice?

Ask: Does God show favoritism based on externals like national origin, race, background, or sexual orientation, according to this verse?

Ask: What does this verse say about how God views us? Do distinctions like gender, sexual orientation, race, and social status matter in God’s eyes?

Explain that each of these verses teaches us the basic principle of scripture that God does not discriminate. This means that God’s Word has to be misinterpreted for it to be applied in a way that discriminates against anyone or condones prejudice.

Ask: How is it then that people can use the Bible as a tool of discrimination?

Explain that here the scriptures describe how certain people will take hard to understand passages of scripture and distort their meaning for their own purposes.

One example of this is Bible abuse, the ripping of select verses of scripture out of context in order to use them to support things they never were intended to – like the oppression of or discrimination of some other group of a minority group.

Ask: Is anyone familiar with other forms of Bible abuse than misusing scripture to exclude LGBTQ+ people?

You may want to point out how scripture was misquoted to oppose the abolition of slavery, the civil rights movement, and basic human rights for women.

Explain that this verse shows us that God does not discriminate, though at times we as God’s followers might want to try to say God does, so we can remain in our comfort zones. All who call on the Lord in faith, trusting God as Savior and Lord, are counted by God as God’s beloved children, regardless of what human distinctions might divide them.

Hopefully these verses demonstrate to you that God is not a God of discrimination and prejudice, but a God who looks on the heart, counting as God’s own all who put their trust in God. In the next several sessions, we will look at verses that specifically deal with LGBTQ+ related issues. But, in the meantime, be rest assured, God does not judge you for being gay, straight, black, white, Hispanic, Asian, male, female, or any other human distinction, but loves you for who you are.