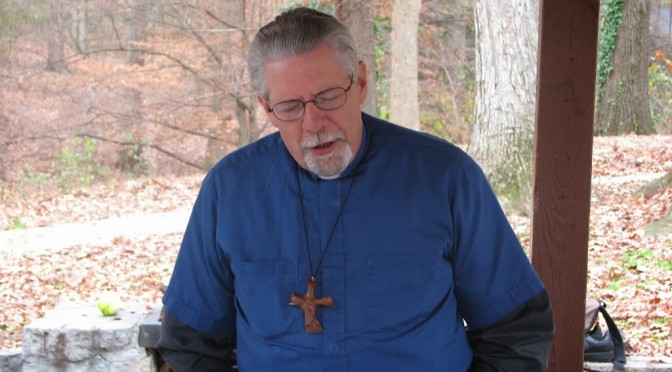 Advent 2014: This season I’m providing a series of daily Bible readings (at the bottom of this post) to help you relate to the Advent themes of waiting, preparation, light in the darkness, and the coming of the promised Messiah. (Click here for information about our Christmas 2014 worship services, tree sale, ministries and lectionary.) But first I’d like to share the following story.

By Dr. James Allan Francis, written as a part of his 1926 book, “The Real Jesus,” while Dr. Francis was pastor of the First Baptist Church of Los Angeles.

Here is a man who was born in an obscure village, the child of a peasant woman. He grew up in another village. He worked in a carpenter shop until He was thirty. Then for three years He was an itinerant preacher.

He never owned a home. He never wrote a book. He never held an office. He never had a family. He never went to college. He never put His foot inside a big city. He never traveled two hundred miles from the place He was born. He never did one of the things that usually accompany greatness. He had no credentials but Himself…

While still a young man, the tide of popular opinion turned against him. His friends ran away. One of them denied Him. He was turned over to His enemies. He went through the mockery of a trial. He was nailed upon a cross between two thieves. While He was dying His executioners gambled for the only piece of property He had on earth – His coat. When He was dead, He was laid in a borrowed grave through the pity of a friend.

Nineteen long centuries have come and gone, and today He is a centerpiece of the human race and leader of the column of progress.

I am far within the mark when I say that all the armies that ever marched, all the navies that were ever built; all the parliaments that ever sat and all the kings that ever reigned, put together, have not affected the life of man upon this earth as powerfully as has that one solitary life.

The weeks of Advent remind us to set aside some of the hectic business of the holiday season, and to quietly reflect on the promise of the baby born in Bethlehem 2000 years ago. The Bible readings listed below relate to the Advent themes of waiting, preparation, light in the darkness, and the coming of the promised Messiah.

Founding and Senior Pastor of Gentle Spirit Christian Church, Rev. Paul M. Turner grew up in suburban Chicago and was ordained by the Universal Fellowship of Metropolitan Community Churches in 1989. He and his husband Bill have lived in metro Atlanta since 1994. He is the editor of the Seeds of Hope blog whose posts from 1999-2005 are at http://whosoever.org/seeds/ -- and which now resides at http://gentlespirit.org/topics/blog/seeds-of-hope/.


This Week at GSCC

** Our regular worship service is The Church Without Walls on Sundays at 10:30am in Candler Park, picnic Pavilion 2. Exceptions being when:

In all of these circumstances except the last one, we post a special notice at the top of our homepage announcing the relocation of that Sunday’s worship service.