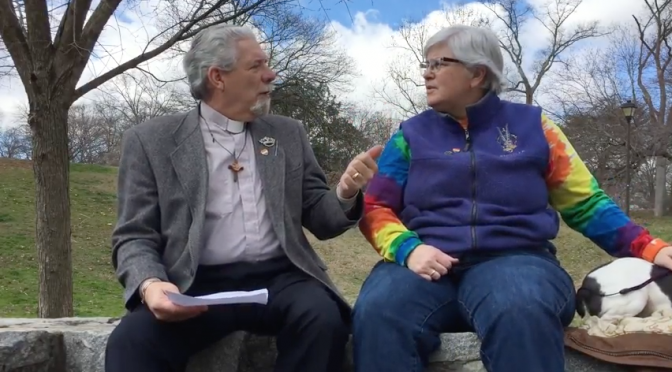 By this time a lot of men and women of doubtful reputation were hanging around Jesus, listening intently. The Pharisees and religion scholars were not pleased, not at all pleased. They growled, “He takes in sinners and eats meals with them, treating them like old friends.” Their grumbling triggered this story. (Luke 15:1-3)

Then he said, “There was once a man who had two sons. The younger said to his father, ‘Father, I want right now what’s coming to me.’

“So the father divided the property between them. It wasn’t long before the younger son packed his bags and left for a distant country. There, undisciplined and dissipated, he wasted everything he had. After he had gone through all his money, there was a bad famine all through that country and he began to hurt. He signed on with a citizen there who assigned him to his fields to slop the pigs. He was so hungry he would have eaten the corncobs in the pig slop, but no one would give him any.

“That brought him to his senses. He said, ‘All those farmhands working for my father sit down to three meals a day, and here I am starving to death. I’m going back to my father. I’ll say to him, Father, I’ve sinned against God, I’ve sinned before you; I don’t deserve to be called your son. Take me on as a hired hand.’ He got right up and went home to his father.

“When he was still a long way off, his father saw him. His heart pounding, he ran out, embraced him, and kissed him. The son started his speech: ‘Father, I’ve sinned against God, I’ve sinned before you; I don’t deserve to be called your son ever again.’

“But the father wasn’t listening. He was calling to the servants, ‘Quick. Bring a clean set of clothes and dress him. Put the family ring on his finger and sandals on his feet. Then get a grain-fed heifer and roast it. We’re going to feast! We’re going to have a wonderful time! My son is here—given up for dead and now alive! Given up for lost and now found!’ And they began to have a wonderful time.

“All this time his older son was out in the field. When the day’s work was done he came in. As he approached the house, he heard the music and dancing. Calling over one of the houseboys, he asked what was going on. He told him, ‘Your brother came home. Your father has ordered a feast—barbecued beef!—because he has him home safe and sound.’

“The older brother stalked off in an angry sulk and refused to join in. His father came out and tried to talk to him, but he wouldn’t listen. The son said, ‘Look how many years I’ve stayed here serving you, never giving you one moment of grief, but have you ever thrown a party for me and my friends? Then this son of yours who has thrown away your money on whores shows up and you go all out with a feast!’

“His father said, ‘Son, you don’t understand. You’re with me all the time, and everything that is mine is yours—but this is a wonderful time, and we had to celebrate. This brother of yours was dead, and he’s alive! He was lost, and he’s found!’”