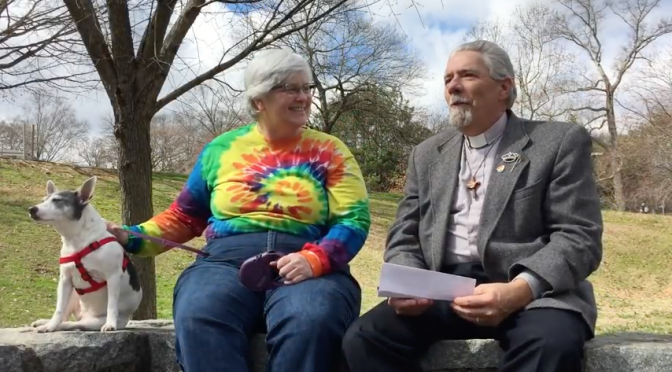 On the first of the Days of Unleavened Bread, the day they prepare the Passover sacrifice, his disciples asked him, “Where do you want us to go and make preparations so you can eat the Passover meal?”

He directed two of his disciples, “Go into the city. A man carrying a water jug will meet you. Follow him. Ask the owner of whichever house he enters, ‘The Teacher wants to know, Where is my guest room where I can eat the Passover meal with my disciples?’ He will show you a spacious second-story room, swept and ready. Prepare for us there.”

The disciples left, came to the city, found everything just as he had told them, and prepared the Passover meal.

After sunset he came with the Twelve. As they were at the supper table eating, Jesus said, “I have something hard but important to say to you: One of you is going to hand me over to the conspirators, one who at this moment is eating with me.”

Stunned, they started asking, one after another, “It isn’t me, is it?”

He said, “It’s one of the Twelve, one who eats with me out of the same bowl. In one sense, it turns out that the Son of Man is entering into a way of treachery well-marked by the Scriptures—no surprises here. In another sense, the man who turns him in, turns traitor to the Son of Man—better never to have been born than do this!”

In the course of their meal, having taken and blessed the bread, he broke it and gave it to them. Then he said,

Take, this is my body.

Taking the chalice, he gave it to them, thanking God, and they all drank from it. He said,

This is my blood,
God’s new covenant,
Poured out for many people.

“I’ll not be drinking wine again until the new day when I drink it in the kingdom of God.”

They sang a hymn and then went directly to Mount Olives.

Regarding this next item, I’m not at all pleased. I am getting the picture that when you meet together it brings out your worst side instead of your best! First, I get this report on your divisiveness, competing with and criticizing each other. I’m reluctant to believe it, but there it is. The best that can be said for it is that the testing process will bring truth into the open and confirm it.

And then I find that you bring your divisions to worship—you come together, and instead of eating the Lord’s Supper, you bring in a lot of food from the outside and make pigs of yourselves. Some are left out, and go home hungry. Others have to be carried out, too drunk to walk. I can’t believe it! Don’t you have your own homes to eat and drink in? Why would you stoop to desecrating God’s church? Why would you actually shame God’s poor? I never would have believed you would stoop to this. And I’m not going to stand by and say nothing.

Let me go over with you again exactly what goes on in the Lord’s Supper and why it is so centrally important. I received my instructions from the Master himself and passed them on to you. The Master, Jesus, on the night of his betrayal, took bread. Having given thanks, he broke it and said,

This is my body, broken for you.
Do this to remember me.

After supper, he did the same thing with the cup:

This cup is my blood, my new covenant with you.
Each time you drink this cup, remember me.

What you must solemnly realize is that every time you eat this bread and every time you drink this cup, you reenact in your words and actions the death of the Master. You will be drawn back to this meal again and again until the Master returns. You must never let familiarity breed contempt.