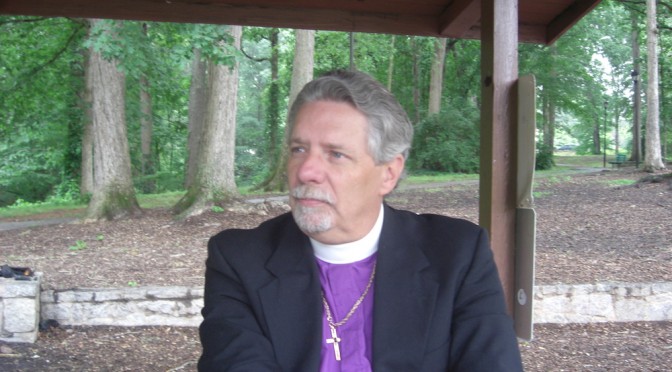 As I write this blog my heart is broken, my mind is filled with rage and my emotions are all over the block.

The cause is simple, our LGBTQI youth are being let down by the very people who ought to be holding them up and supporting them. Once again, the youth of our community are being kicked around like some political football just so some adults in a public meeting can show their butts.

Kind of a harsh assessment isn’t it, Rev.?

Well for anyone who was at the town hall meeting this past Tuesday in Atlanta at St. Mark’s United Methodist Church might find this assessment not harsh enough.

Yes, this meeting was called to discuss with the community at large a non-profit group whose sole purpose was to take care of the needs of LGBTQI youth by the name of Youth Pride was in serious trouble.

Yes, this particular meeting was to be about the “findings” of a task force of community folks about the situation at Youth Pride and what could be done to help.

Young people from Youth Pride were invited to the meeting (I have no idea why or who invited them), but as it turns out, this was a huge mistake.

Whatever the initial good intentions of this ad hoc group were, they never got to first base with moving towards a resolution that would assure the youth that, no matter what was happening to Youth Pride the non-profit; their needs would still be met with as little drama as possible.

Instead, what we got was a report that was handed out to everyone and read like something akin to looking at crime scene photos from a mass murder.

Call me old fashioned, but these kids did not need to see or hear that.

There are good reasons folks are not allowed to look at crime scene photos, and I got to tell you, there was no valid reason for these kids to witness what they did Tuesday night.

These kids are not stupid, and they knew Youth Pride was in trouble. They even knew there was a distinct possibility that because of lousy fiscal management (to put it lightly) they may have to move to another location or another kind of organization.

Sadly, what they got to see was much like watching a set of parents fight over them and finger point in the nastiness of a divorce.

The anger of the task force group was apparent and, according to the report, it was with good reason. However, 99.9% of the people in the room could read, and we didn’t need to have a long drawn out explanation of each item on the report to make the case of how bad things are for Youth Pride.

It might have been much better for the leader of the meeting to say, “You can see the results of the report, and based on the report, what do we want to do?”

I would suggest (hindsight is always 20-20) this task force should have taken their findings to the Board of Directors of Youth Pride…Oh wait, there is no Board or at least a functioning one. Well, then take the results to the Executive Director and when that is met with disdain, denial and diversions of “something big is coming,” release the report to the press and make plans to call the community together to start a new Youth Pride II.

This would have given time to talk to the kids and get their input about their needs and desires for a place in the community where they could go and be safe.

This ad hoc group could have begun the work of lining up people to come together whose only goal was to make sure these kids were safe.

From what the community already knew there were plenty of reasons for starting to make plans for Youth Pride II. We all knew that Youth Pride did not have a functioning board, therefore could not legally operate. Hell at this point I am not sure they can even legally issue a check to pay for anything. We all knew they had been given an eviction notice and therefore had no place to be. We all knew the ED was talking from a fantasy land that no non-profit can survive. So why this drama to prove Youth Pride was dying or dead?

Just when you think that things could not get any worse for those kids setting there, in comes the ED to defend “his” work. The behavior of ED in this public meeting and in front of the kids from the Youth Pride was despicable and flat unprofessional. If the ED had been a little more humble and had anything to say to the community it might have been, “I need your help we have had some tough times, some of my own making. And while this might be asking long after the horse is out of the barn–what can we do to help save Youth Pride?”

One final point. As it turns out, I am thankful there was a noticeable lack of attendance by the community at large. I shudder to think what this meeting would have turned into had that room been full of all those who should have been there.

My friends, St. Mark’s should have been full because there is nothing more important than the youth of our community. They are our future, they are our legacy, and they are our kids. Nobody is going to look out for their needs but us.

What we do today is for those who will follow after us, just like the ones before us who paved the way.

The ED and what is left of Youth Pride is going to do what it is going to do. If it succeeds in surviving then we need to be there to make sure this mess never happens again.

In the real world of non-profits, Youth Pride has no money, no board of Directors, an ED who is drowning in red ink, and a lack of support. Short of changing water into wine kind of miracle, Youth Pride as we know it is finished and simply waiting for the death rattle.

So now it is time to step up to the plate and make sure the transition from one support group to another is as seamless and painless as possible.

The contacts at the task force should now be over-whelmed with calls and offers to write checks, volunteers to come to a planning meeting, to offer services free if needed.

To the task force, you have made your report. Now if you are able and willing let’s make sure we don’t lose these kids.

Jesus said a long time ago, “let the children come to me” We as the whole community need to say the same thing to our LGBTQI youth. When the next meeting is called, I will be there. Can our youth count on you?

2 thoughts on “How Tangled the Webs We Weave”