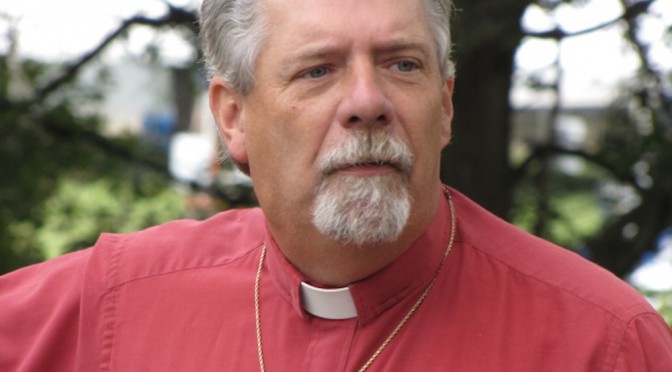 Sometimes one of the toughest parts of the job of being a pastor and to be considered a community leader is offering counsel to the community when it is apparent there is a deep and sharp divide.

Recently the LGBTQIA community was faced with a deep and sharp divide.

February 4, 2012 a young gay man was savagely beaten as he came out of a store in his neighborhood. This young man by the name of Brandon White became an instant poster child for a hate crime law in Georgia because the idiots who felt they had the right to beat him, filmed it and well the rest is history.

On February 8, 2012 CNN reporter Moni Basu wrote the following about the crime:

“A video circulated online shows three men punching and kicking White after he stepped out of the JVC Grocery and Deli in southwest Atlanta’s Pittsburgh neighborhood. The men, believed to be members of a gang called Jack City, yelled: “No f—-ts in Jack City.”

The store’s surveillance video shows White, dressed in a purple shirt and black jeans with a cell phone to his left ear, exit the store along with another man. As soon as they step outside, White is accosted by his attackers.

The surveillance video captured eight men standing around watching, two of them with video cameras in hand. One man lunges at White with a tire in his hands.

White told HLN later Wednesday that he went home after the 30-second attack.

“At this point I am beyond mad,” he told Jane Velez-Mitchell. “I actually go back because I wanted to see who they were.”

White said he did not report it right away because he did not want to draw attention to himself. He could not even bring himself to watch the video at first; he was so humiliated and embarrassed.

The video was released on YouTube and WorldHipHop.com, and was posted on The Smoking Gun.

When it went viral, White decided to talk to the police. “Once they put it out there they set themselves up,” he told HLN.

Now, the sharp divide starts as everybody who is anybody in the LGBTQIA community and politicians have something to say. Rumors start, fabricated stories start and soon the truth of what happen and why gets blurred.

At about this time it seemed to me just observing from the outside that the victim was being “handled”. I will leave it to the reader to decide what that term means in the larger picture… but I assure you the fighting and name calling that went on between some of the leaders of our community toward each other was not pretty.

In the meantime arrests were made for 3 of 4. One is still on the run, and the other three have come before a judge and have been sentenced to 5 years in jail and 5 years probation. Not so bad considering they were potentially facing 50 years.

Ah, but the sentencing was not without drama and plenty of opinion.

A letter was sent to the court by Southerners on New Ground a non-profit group dedicated to building a political home across race, class, culture, gender & sexuality.

I have deep respect for this organization and the work they do. The respect I have for some of the signers is just as deep and in fact a few I would consider s/heros.

The letter said in part: “With great respect to the Court, we must reiterate that we believe the homophobia underlying physical attacks on LGBTQ individuals is not remedied through imprisonment. We are supportive of Mr. Morgane and Mr. William being permitted to regain their freedom by imposing sentences that will hold each young man to account for his actions through probation or community service.”

To say this action set off a fire storm of opinion would be to put it mildly. There was so much controversy caused by the action that SONG posted a statement concerning their action on their website, http://southernersonnewground.org/

In the mean time SONG has been ridiculed and publically chastised for trying to apply a principle every Christian is supposed to apply, that of mercy.

I suppose the best summation of the harsh criticism of SONG came in the form of a response by a reader of a GA Voice article concerning the letter in which they wrote:

“The signatories of the letter seem to be treating this as some kind of disorderly conduct charge.  Beyond belief… I can only hope that the judge will not go along with this kind of thinking when deciding a sentence, especially when we already have a bad situation in Fulton County where too many revolving-door criminals are getting away with way too much. A lenient sentence would convey the tragic message that we are not entitled to feel safe in our communities. That these are not even first-time offenders, and that they perpetrated this brutal act pretty much for the hell of it makes their crime and the sympathy for these thugs exhibited in that letter all the more reprehensible…”

“So Pastor what is your problem?”  “Pick a side and say your piece.” I wish it were that easy.

It is not easy because the brutes that beat Mr. White did what they did because they have been told and have learned that it is perfectly fine to beat the crap out of a person just because they are gay.

We are seeing this happen more often with the advancements our community has made not less.

Have we forgotten the 2 lesbians who were shot?

Have we forgotten the so called pastor who ordered his church members to beat his own son and lover?

Have we forgotten the insane number of transgender folks slaughtered every year?

Have we forgotten the young child that committed suicide because he was being bullied on a daily basis?

Have we forgotten there are churches that commit spiritual violence on us every day by proclaiming we are destroying America?

Have we forgotten how hard we have fought to get “hate crime laws” in place to send a message that visiting violence upon our community “just because” is not cool?A law in many other states but not here in Georgia.

So yes, I get the frustration on the part of some in our community concerning this letter.I have felt the white hot anger of being a victim of a gay bashing, I have felt the helplessness.I wanted my beaters to go to jail for a long time.

However, to viciously berate a community group of our own who are trying to advocate for justice and mercy in a world where the justice and prison system are fatally broken is flat wrong.

These young people who committed this crime were lost before they went after Mr. White.

We live in a world were violence is glorified, and we allow the church to sell us a bill of goods concerning sexual orientation.So we are shocked and enraged by this story?

We seem to pick and choose when to get angry and raise our voices…Brandon White is not the poster child for hate; he is just one more victim in a very long history of crap sent our way.

We are re-acting instead of acting.

With that said, I respectfully say to SONG; while I appreciate the efforts, agree with the sentiment, the timing of this letter was awful.

I understand what “Restorative Justice” is supposed to be.  I understand the working definition is;

“Restorative justice (also sometimes called reparative justice[1]) is an approach to justice that focuses on the needs of the victims and the offenders, as well as the involved community, instead of satisfying abstract legal principles or punishing the offender. Victims take an active role in the process, while offenders are encouraged to take responsibility for their actions, “to repair the harm they’ve done—by apologizing, returning stolen money, or community service”.[2] Restorative justice involves both victim and offender and focuses on their personal needs. In addition, it provides help for the offender in order to avoid future offences. It is based on a theory of justice that considers crime and wrongdoing to be an offence against an individual or community, rather than the state.[3] Restorative justice that fosters dialogue between victim and offender shows the highest rates of victim satisfaction and offender accountability.[4]”  (http://en.wikipedia.org/wiki/Restorative_justice)

So, if I understand the definition correctly the timing was bad for lots of reasons not the least of which was the lack of communication with Mr. White and determining his needs.It does not matter why this did not happen, it just didn’t.

Further, I am not sure just how much remorse there was on the part of the offenders as at least one of them is quoted as saying; “I barely hit him. I was wrong for hitting him but I didn’t hit him to the point of killing him. I was just being young and dumb.”  (ProjectQ)

In fact, I am not sure how much of this working definition actually happened or will come to pass.

Finally, “restorative justice” cannot and will not work in a singular high profile case. We have to totally change the way our justice system works. This means we have to change the laws and the system that enforces those laws…we have to convince the justice system there is a better way before the cases get in front of them.

Until then we are stuck with, “if you do the crime, you will do the time.” That is neither justice or merciful. So my friends there are no easy answers, but I have faith in our community that through all this controversy we will come out better and stronger, because that is how we are!