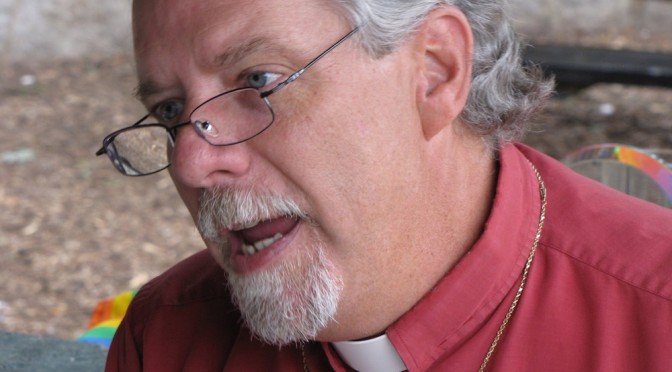 This is supposed to be a blog, but today suffice it to say it is also a bit of a rant. Is it me or does it seem like the divide and discourse in this country and our community is as bad as it has ever been?

I know it is an election year, but this divide has been getting steadily worse since the beginning of the POTUS term and with every step forward the LGBTQIA makes.

The mess going on in Washington…and the awful things they are saying about and to each other, the news media behaving like vultures and people maneuvering for positions to be called a hero.

We watch with embarrassment the political fighting which stands in the way of making sure the folks of our country are protected, secure and safe…did you know our country has not had an official budget for 3 years!

How either of the leaders from the US House or Senate can stand in front of cameras and speak with any kind of authority is beyond me…the approval rating in congress in at 9% the last I looked.

The leaders from the religious right pretend to be good and loving and kind Christian folk, yet when one tries to work with them to find common ground one quickly finds there is no such thing.

If one does not accept their brand of theology it gets pretty ugly quick!

Of course in our own LGBTQIA community all one needs to do is look southwest of North Avenue or walk down Ponce de Leon and the divides in our community are evident. Funny it is not much different from other leadership, because our leadership has done precious little to make the divides less divisive.

Of course it is not all on the leadership of our community, cause folks, y’all ain’t to excited about changing things either.

So last night I came across these words; I have read these words many times before but last night they sort of stopped me in my thoughts:

“If you’ve gotten anything at all out of following Christ, if his love has made any difference in your life, if being in a community of the Spirit means anything to you, if you have a heart, if you care— then do me a favor: Agree with each other, love each other, be deep-spirited friends. Don’t push your way to the front; don’t sweet-talk your way to the top. Put yourself aside, and help others get ahead. Don’t be obsessed with getting your own advantage. Forget yourselves long enough to lend a helping hand.” (Philippians 2:1-13 (The Message))

Now regardless if one is a Christian or not…it seems to me this is a formula for working through most of our challenges…a way of peace, a way of strength, a way of walking the talk. A way in which everyone could walk away saying they had a hand in working through the challenge. I am sitting at my desk wondering if this country and it’s leadership have become so jaded and drunk with power, they have forgotten the basic tenet of our country which says, “We hold these truths to be self-evident, that all… are created equal, that they are endowed by their Creator with certain unalienable Rights, that among these are Life, Liberty and the pursuit of Happiness. — That to secure these rights, Governments are instituted among the people, deriving their just powers from the consent of the governed, — That whenever any Form of Government becomes destructive of these ends, it is the Right of the People to alter or to abolish it…”

There are those who say this election is the most critical in our Country’s history. What we are watching and experiencing is something we have known for a long time…the politicians do not really care if you or I can pay the mortgage or rent.

They do not really care if you or I have gas. HIV only matters if a large block of voters suddenly die or there is oil in the country affected by the disease.

No, the only thing at stake is their position of power, money and comfort, and they would sell their own mother if they thought it would keep them in power.

The behavior in Washington and big business over these last months proves that all those “so-called Christians” have forgotten a key to their faith… “Don’t be obsessed with getting your own advantage. Forget yourselves long enough to lend a helping hand.”

So I write this to say; Shame on you Mr. President for playing the game, you were supposed to be different.

Shame on you Mr. or Mrs. Congressperson as none of you would know a compromise if it slapped you in the face.

Shame on you Mr. or Mrs. Senator, for acting like you are all that when people back home are laughing at you.

Shame on you State of Georgia, for being a bastion of hostility towards anything that is not the republican brand or in agreement with your particular set of religious beliefs.

Shame on you the conservative political right and the religious right for constantly beating us over the head with your brand of morals and practice of faith, telling everyone how to think and what the bible says.

Shame on you the liberal political and religious left for acting as if the other side is the spawn of Satan.

Shame on all those big CEO’s and big business people who forgot why they were in business to begin with,”…that all… are created equal, that they are endowed by their Creator with certain unalienable Rights, that among these are Life, Liberty and the pursuit of Happiness.”

Shame on the LGBTQIA community for crying about how mistreated we are but doing very little to get past what divides us, we can and must do better!

Damn it folks, read this passage one more time:

“If you’ve gotten anything at all out of following Christ, if his love has made any difference in your life, if being in a community of the Spirit means anything to you, if you have a heart, if you care— then do me a favor: Agree with each other, love each other, be deep-spirited friends. Don’t push your way to the front; don’t sweet-talk your way to the top. Put yourself aside, and help others get ahead. Don’t be obsessed with getting your own advantage. Forget yourselves long enough to lend a helping hand.” (Philippians 2:1-13 (The Message))

Those in the know say the people are restless and angry…you think?

This is not the writing of an old tired bitter queen.

This is a wake up call. Things will only get better when we each take on the reality of those afore mentioned words.

Things will get better when we stop behaving like a bunch of children on the school playground.

OK, my rant is done…I have looked at the words again…I will endeavor to keep them in the forefront of my mind and actions. The question is: Will you join me?

2 thoughts on “Blog vs Rant”