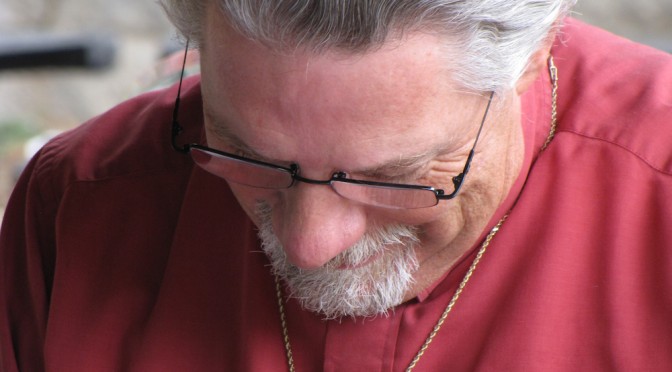 On Thanksgiving Day 1977, my husband’s father died of a massive heart attack, leaving behind a wife and 12 children — six boys and six girls. The family was Episcopalian, attending St. Paul’s Episcopal Church in Newport, Ky., where the Pabst family tithed and the children were baptized and married.

Because of the family’s size, Mr. Pabst had to work two jobs to keep food on the table, clothes on everyone’s backs and the mortgage current. Decades before Uber and Lyft made it cool to moonlight as a driver, Mr. Pabst drove a taxi on the weekends in the Cincinnati metro area to supplement the income from his day job. This of course meant long hours well into the night on Fridays and Saturdays, and even into the early morning hours on Saturdays and Sundays. Consequently, he missed a lot of Sunday church services.

When he died and Mrs. Pabst contacted the church to make plans for the funeral, she was told flatly that there would be no funeral at St. Paul’s for her husband because his lack of attendance caused him to not be an active member.

Isn’t it the church’s responsibility to provide for the surviving family a place to grieve, to be consoled and affirmed in the unconditional love of God? I thought so too. And sure, there are those who say that churches have rules and protocols, creeds and dogmas that demand to be followed — and not only are they correct, but they are naming the very reason why so many individual mainline churches are empty, closing or closed.

One person who’s not swayed by this trend is the Roman Catholic bishop of Springfield, Ill., Thomas Paprocki. Forty years after St. Paul’s snubbed the Pabst family in their hour of mourning and spiritual need, Bishop Paprocki has gone to extraordinary lengths to show God’s people that the church can be just as cruel today.

In set of guidelines titled “Same-Sex Marriage Policies Decree 6/12/2017”, released earlier this month, Bishop Paprocki went beyond the usual garden-variety dictate that people in same-gender marriages be denied communion and other outward signs of God’s love and grace to also say that they should be denied funeral rites, to wit:

Unless they have given some signs of repentance before their death, deceased persons who had lived openly in a same-sex marriage giving public scandal to the faithful are to be deprived of ecclesiastical funeral rites. In case of doubt, the proper pastor or parochial administrator is to consult the local ordinary [bishop], whose judgment is to be followed (cf. c. 1184).

The document goes on to prescribe the usual waterproofing of the church, its blessed objects and its pastoral ministers against any association with same-gender marriage, all of which you can read about here. But for now let’s stick with the funeral question, since it has personal resonance for me.

Reading about the full impact of Bishop Paprocki’s guidelines, it’s hard for me to believe he’s a member of the same church that includes Pope Francis. And although I know he’d never do it, I wish I could recommend that the good bishop read Chuck McKnight’s blog on the topic of LGBTQ Christian acceptance.

In the meantime, the old-school hidebound, rule-bound church that puts God’s people second is forgetting that this whole Christian movement was never intended to be about institutions but about the children of God first and foremost. The mainline churches are forgetting that it’s not their job to define an individual’s relationship with God, or to determine the validity of that individual’s belief or faith.

In other words, they’re forgetting that it’s their to job, as stated in the Bible and translated from Aramaic into plain English, to do this:

They’re forgetting that nowhere in Jesus’ ministry did he indicate that it was okay to not give honor to those who had died and hope to those who remained.

McKnight puts it this way:

… The thing is, at the moment when I first made the switch to fully affirm my LGBTQ friends, I still wasn’t 100% certain about it. I still had lingering doubts. But I realized that I was causing much greater harm by withholding my affirmation than what I risked by becoming affirming.

I may only be a very simple pastor who is not famous, much less is the shepherd of a megachurch, nor is really even someone who commands a particularly large audience at any given time. But I do know that what the church needs to be teaching, promoting and acting on is pretty simple. It can be found in these seven scriptures that my church refers to as our Core Beliefs.

I would love to see Bishop Paprocki explain how these verses are about anything but love — and lots of it. How his misguided understanding of same-gender love doesn’t fit within that definition of love. And how he can write such spiritually violent “guidelines” in seeming ignorance of how that sense of overwhelming love commands us to treat one another.

Mr. Pabst got a Christian burial. Forty years later, same-gender-loving Christians are getting the Christian burials they desire and deserve. The institutional church, and people like Bishop Paprocki, aren’t stopping that — they’re only getting in the way. They’re rocks in a stream whose water is the love that goes right around them as though they’re not even there. And no matter how slowly those rocks smooth their rough edges, that glacial progress is a distant concern for the water that flows by unaffected.

Love won at Calvary. It wins today. Love will continue to win. It always has, and it always will.